Forgotten Motorcycles - An Exhibition in Latvia 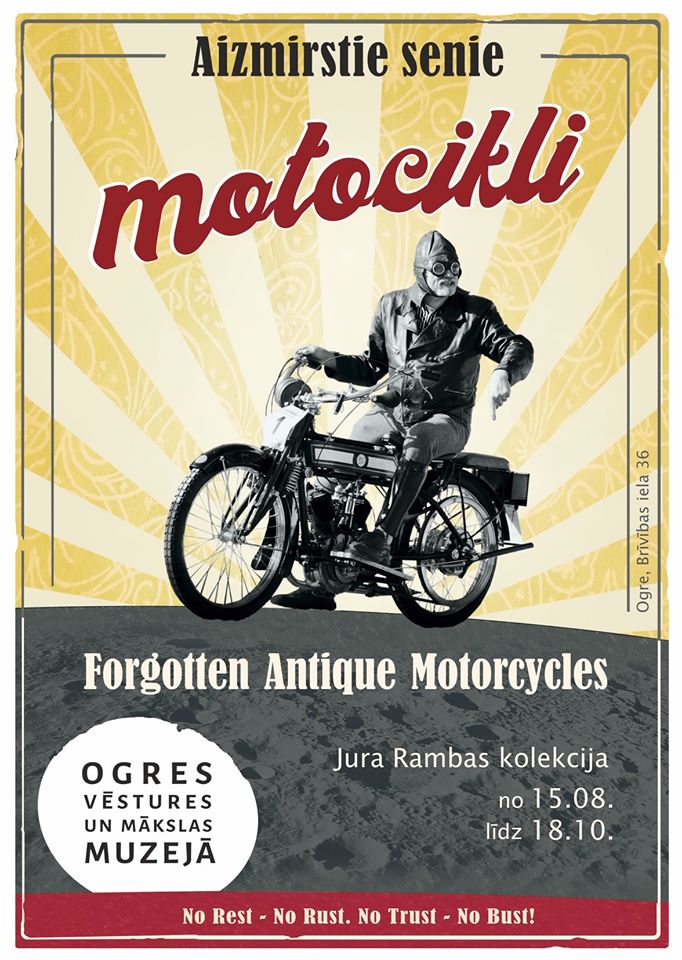 The exhibition runs until 10 October.

SILVERSTONE, United Kingdom, 20 July -- The Silverstone Experience reopened its doors on 20 July, giving motorsport fans the chance to get their racing fix after months of lockdown. Visitors can now get close to cars and bikes from seven decades of motorsport history and experience the Ultimate Lap – an immersive cinema show.

The museum team has worked hard during lockdown to prepare for a safe and fun experience for all visitors and has achieved the Visit England consumer mark ‘We’re Good to Go’. Built in a restored WW2 RAF hangar, The Silverstone Experience is a huge indoor space...

A PhD on Motoring Museums

LEICESTER/VIENNA -- The editor of automuseums.info, dr Pál Négyesi completed his PhD thesis in late 2018 at the University of Leicester, School of Museum Studies. Titled "How The Motor Museum Saw The Automobile: Curating The Automobile As Commodity, As Design And As Social History In Germany And Austria In The 20th Century – From National Identity To Mobility", it charts the evolution of the motor museum in Germany and Austria. Here the motor museum is being defined as a museum where automobiles are displayed. It includes science, technical, industrial museums, local history museums and...

CHEMNITZ, Germany, 20 May -- The highlight of the new temporary exhibition, "Fix voran mit Frontantrieb - 90 Jahre DKW-Rennwagen" (Straight Ahead with Front-Wheel-Drive - 90-Years of DKW Racing Cars) is the last factory-sanctioned DKW racing car, which was built for the 1938 Berlin-Rome race. This alloy bodied DKW F9 has recently been restored by the founder of the museum, Frieder Bach.

The exhibition runs until October.

Video on the racing car

BAD HOMBURG, Germany -- 18 May: The "Central Garage" in Bad Homburg is open again, and features a new exhibition on Alvis. You can see unique models.

Every Spring the Central Garage brings something new. This year, however, car enthusiasts had to be patient. The opening of the new "Alvis" show planned for March 14 had to be dealyed, because of the Corona virus. "We had just finished setting up when the shutdown came," recalls museum director Dieter Dressel. From the middle of April you could marvel at the historic English upper-class vehicles on a 3-D tour of the museum.

INVERCARGILL, New Zealand -- A rare 1954 barn-door Kombi is among a collection of vehicles on display in Invercargill

An exhibit of dozens of colourful and rare Beetles, Kombis and perhaps lesser-known Volkswagen models, at the Bill Richardson Transport World Truck and Car Museum, opened to the public this week.

A notable piece in the collection was an unrestored lime green 1969 single seat Formula Vee race car, which was built in New Zealand, she said.