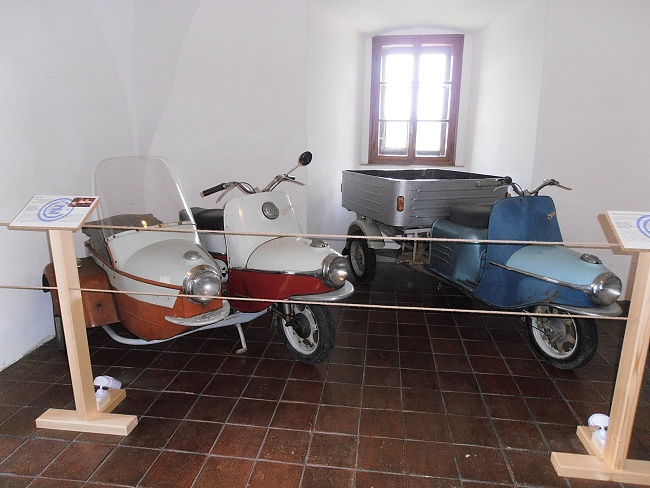 The Museum of Single-Track Vehicles at Kámen Castle was first opened to the public on Saturday, June 22, 1974. This makes this thematic installation one of the oldest of its kind in our territory. At present, a large part of the collection is occupied by Jawa and ČZ machines from pre-war and post-war production. The exhibition houses motorcycles of other brands, some of which we can still meet at various events. These include, for example, Poustka (1925), Praga BD (1928), Ogar 250 Standart (1936), Premier Sachs 98 (1939). The uniqueness of today's collection is a "pusher" motorcycle from 1910, and a two-cylinder Walter from 1913, originating from the Prague company of the same name.
Display
Motorcycle
Links
Official site (Czech only)
Address