Visit to the Beograd Automobile Museum

In April 2013, as part of the Serbian Automobile Historians’ Conference in Beograd, we visited the local automobile museum. Luckily my friends from the Technical Museum in Zagreb were there before, so we did not get lost. The Museum lies in a quiet street, in a residential area. If you see a bunch of 1960s old cars behind a fence, you’re there. Otherwise there are just very small signs, so you can even walk by without noticing the building.

There are some really nice and interesting cars in this collection. Lack of funds is a shame, as everything was covered in dust. Additionally though signs were mostly bilingual, but the displays were very, very simple.

There is no order, a pre-war BMW stands next to a VW Beetle, a Mercedes which previously belonged to the Yugoslavian state has been tossed into one of the corridors. Naturally the replica of an Auburn 851 stands in central position. The cars of Tito, which included a Cadillac and an interesting Zastava-based buggy would deserve a bit more attention.

So all in all, if you are in town and have about 45 minutes to spare, it is worth a visit.
More details on the museum are available <A HREF=”http://automuseums.info/serbia/automobile-museum-bratislav-petkovic-col…”>here</A>. 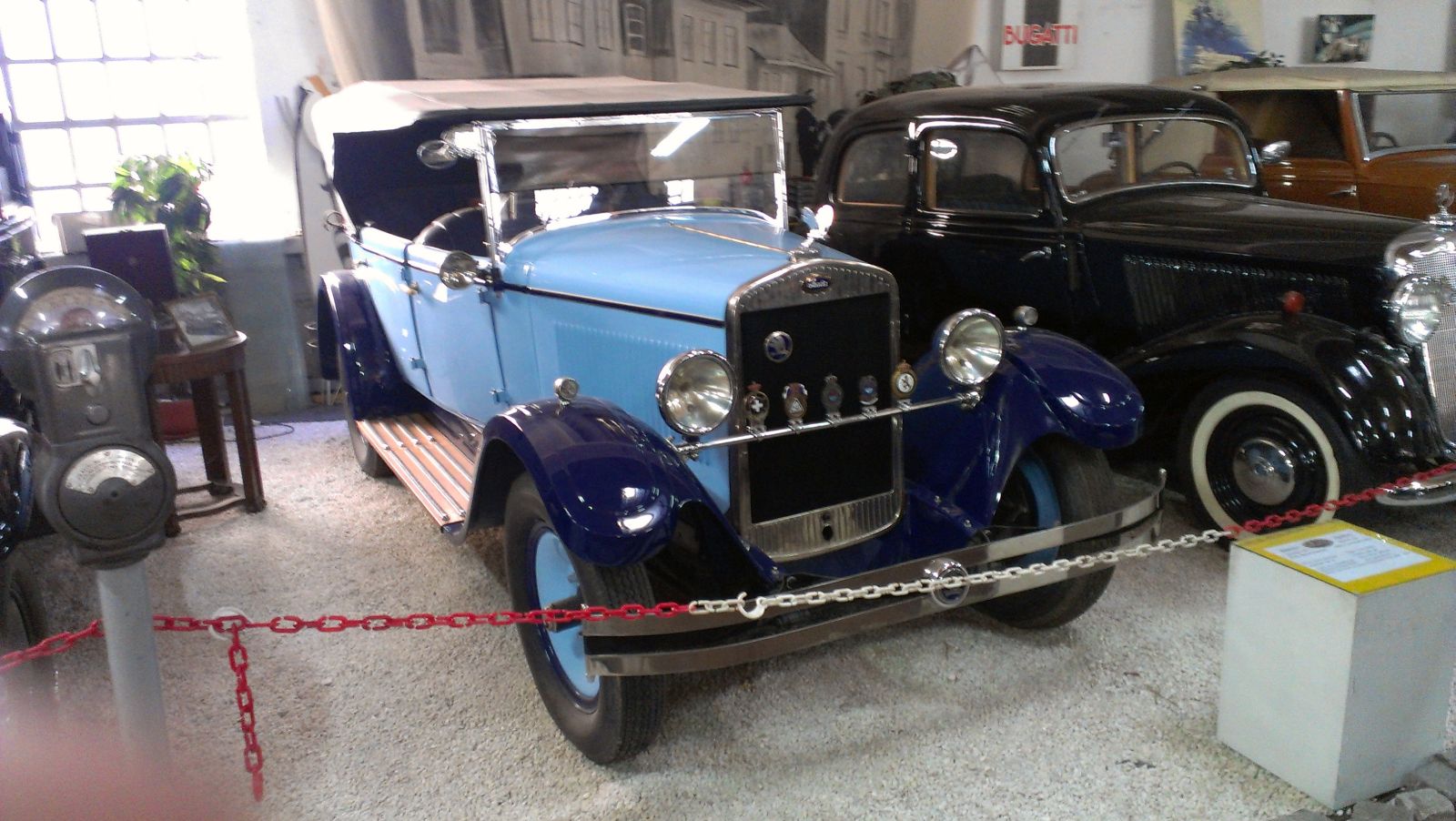