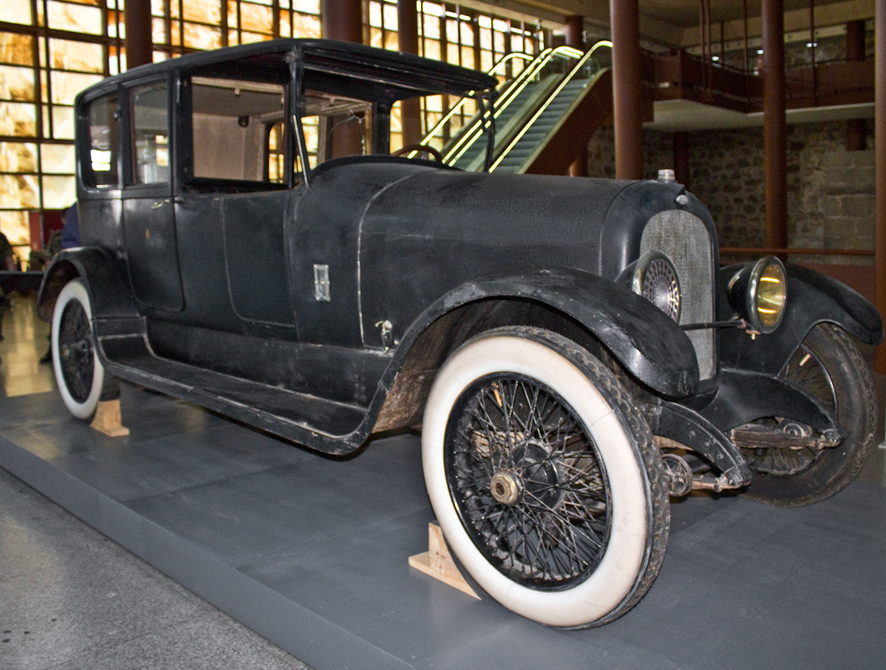 The Alcázar, a military academy in the 18th and 19th centuries, and a notorious symbol of nationalism in the Spanish Civil Wars, has since 2010 has been the site of Spain’s army museum, an amalgamation of several institutions. It has a huge collection, totalling more than 35,000 items including knives, swords, firearms, artillery pieces, flags, uniforms and medals. It includes leather shields and breech-loading shotguns used by the army. The collection of vehicles is small in quantity but very remarkable for its historical importance and for the outstanding personalities to whom the means of transportation belonged. It is worth noting the Saloon in which Prim was shot in the Calle del Turco, three days before his death in the Palacio de Buenavista (1870); a Peugeot "Phaeton" model made in France in 1898, donated by the Marquis of Safe Harbor, in 1903, as the first motorized training vehicle of the Corps of Engineers' car park; the “Marmon 34” with military registration (ARM-121) in which Eduardo Dato was assassinated.
Display
Automobile
Others
Links
Official site
Info
Opening times: Tuesday to Sunday: 10 AM to 5 PM
Address