INVERCARGILL, New Zealand -- A rare 1954 barn-door Kombi is among a collection of vehicles on display in Invercargill

An exhibit of dozens of colourful and rare Beetles, Kombis and perhaps lesser-known Volkswagen models, at the Bill Richardson Transport World Truck and Car Museum, opened to the public this week.

A notable piece in the collection was an unrestored lime green 1969 single seat Formula Vee race car, which was built in New Zealand, she said.

Along a wall of the museum is a line of Volkswagen Type 1s, more commonly known as the Beetle.

A cream 1954 Type 1, one of the oldest vehicles in the collection, sits next to its colourful and compact car companions.

The car was purchased in Oamaru the first year the model was available in New Zealand, Dixon-Calder said.

With its 1192 cubic centimetre engine and immaculate burgundy leather interiors, the car was restored in the mid-1980s.

A member of the workshop team, Darren Robbie, was also a collector and his passion led to a junkyard scene in one corner of the museum, Dixon-Calder said.

"Whenever we do an exhibit, it's the scenes around the exhibits that really make the magic," Dixon-Calder said.

A bright orange 1974 Type 2 5073 Westfalia camper is a focal point in the display, complete with white frills around the pop-up roof.

Also on show, a rare 1954 barn-door Kombi, one of three right-hand-drive barn-door vehicles on display, a 1961 model of the Karmann Ghia convertible and an unrestored 1956 Beetle.

The red 1961 Karmann Ghia is accompanied by a yellow 1963 model and both glisten under the museum lights.

Dixon-Calder said it was great to have the museum open to visitors again after lockdown restrictions kept the doors closed.

The vehicles on display were produced from 1954 to 1974 by the German manufacturer and an end date for the exbibit was yet to be finalised, Dixon-Calder said. 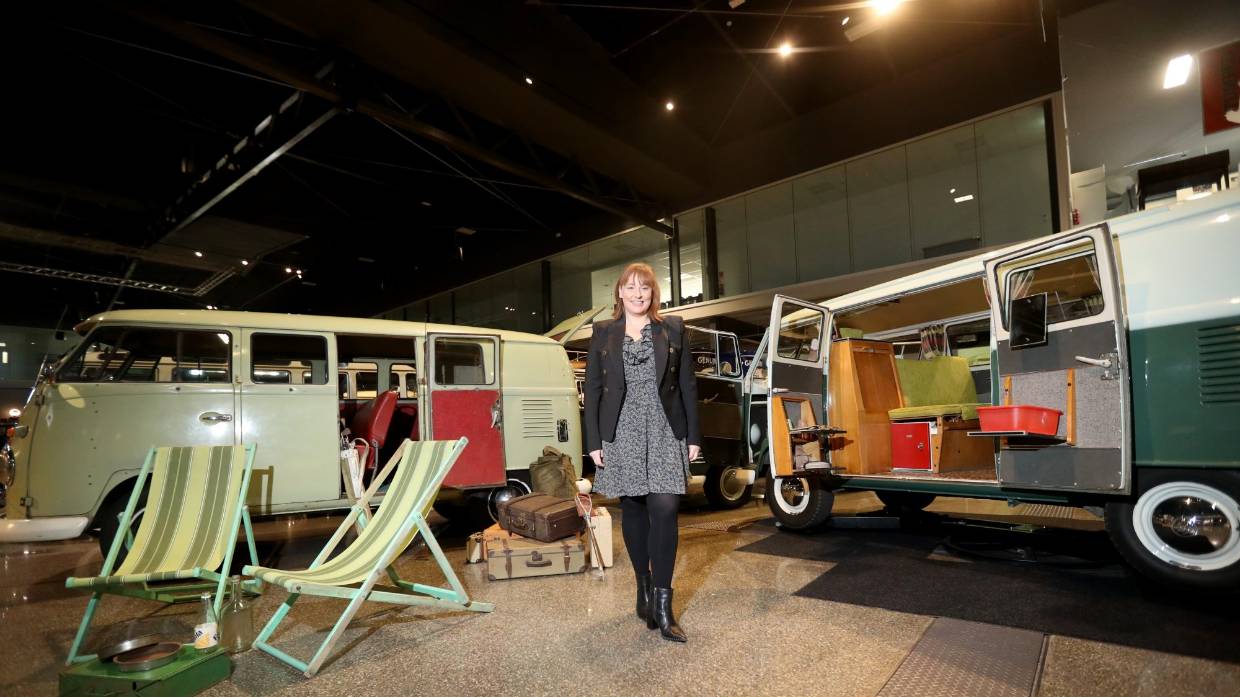