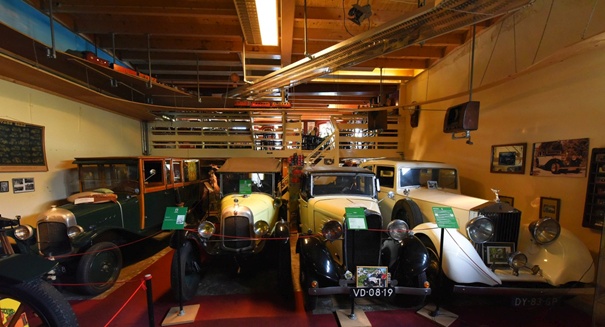 Te museum has a large collection of pre-war cars. We have oldtimers from several big European brands such as Peugeot, Renault and Citroën. Apart from those we also have some less known brands. For example, have you ever heard of Singer, MG or DKW? Finally we have several American oldtimers from Ford and Chrysler. Additionally there is a separate section devoted to historical textile and lace
Display
Automobile
Others
Links
Official site
Info
From February to December: Wednesday to Sunday: 13.00-17.00
Address