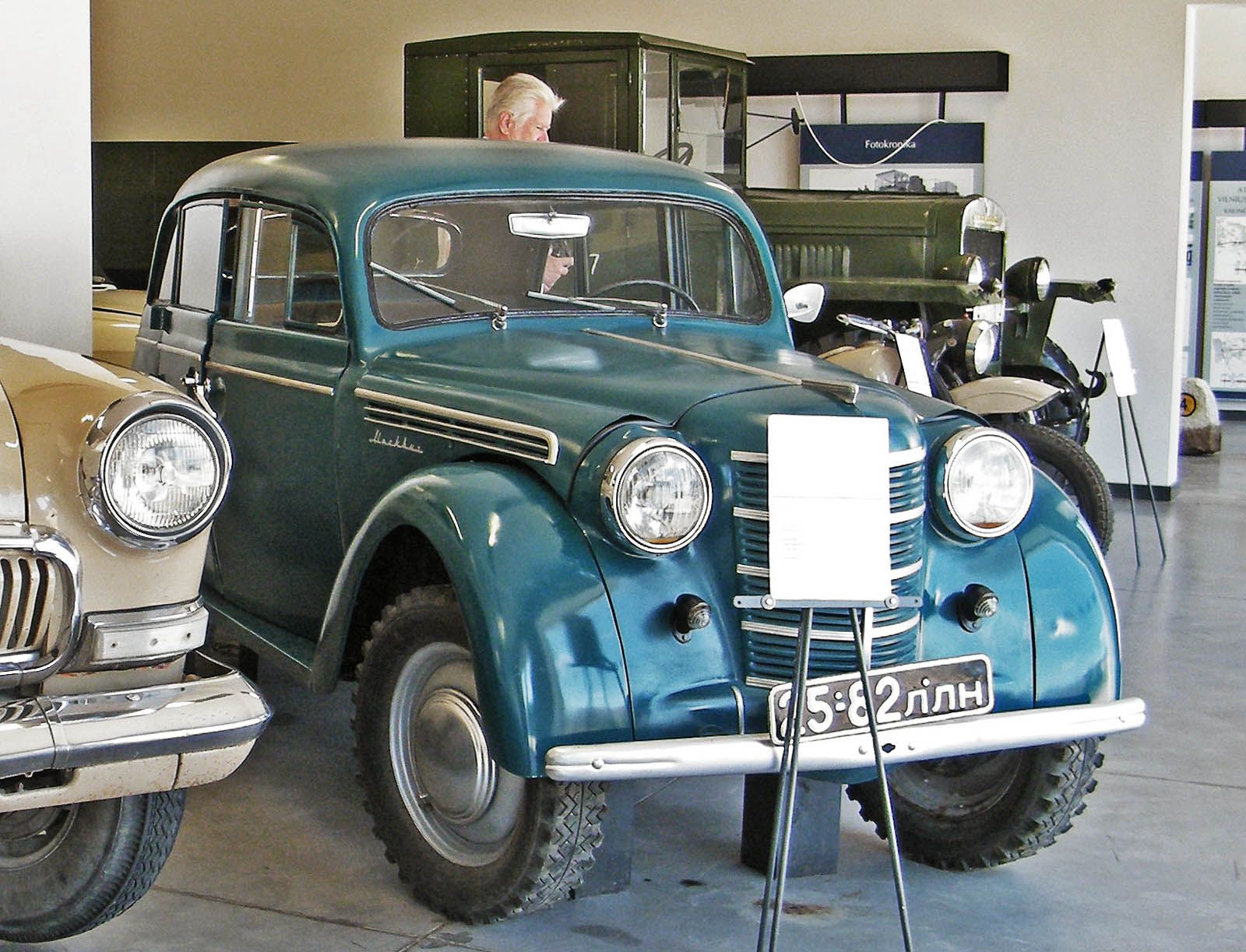 The Lithuanian Road Museum was opened in Vievis on 19 October 1995 in commemoration of the twenty-fifth anniversary of the motorway Vilnius–Kaunas. The museum was established in the very centre of the town at the premises of the state company "Automagistrale", and it covers the area of 1,060 m². The collection of the museum consists of 6,000 exhibits, which reflect the history of Lithuanian road from the Roman Empire up to now. These are models of bridges, viaducts, road intersections, bus stations, production bases and other building and maintenance machines, carts, road signs. There are some unique exhibits in the museum: ancient footwear of the stone-crushers, "chempes", worn to protect feet when crushing stones, the famous "kalamashka", tip-up cart, all main equipment which was used to build the Zemaiciu macadam road ant others. The collection includes a lot of different Russian and Soviet-era cars: GAZ trucks, locally bodied buses and trucks, a Zaporozhetz, a Volga etc. Photo is courtesy of Miklós Losonczy and his wife, Zsuzsanna. More photos are available in our Flickr gallery
Display
Automobile
Motorcycle
Others
Links
Facebook page
Info
Opening times: Monday to Thursday: 7:00 – 11:00, 12:00 – 16:00 and on Friday: until 14:45 PM
Address