The majestic Langenburg Castle lies not far from Highway No 6, on the way from Nürnberg to Heilbronn. It is signposted so you can't miss the way. Once you zig-zag up on the hill there's a parking lot, accompanied by the building of the Deutsches Automuseum (German Automobile Museum).

The name is slightly misleading, as it is not a museum devoted exclusively to German cars, like the
<A HREF="http://www.automuseums.info/germany/efa-museum-german-automobile-histor… Museum</A>. But don't be put off by this fact.There are some really interesting prototypes, like Albrecht Goertz's Porsche 914/6 prototype, which the designer handed over to the museum in 1992. And there's a K3 by Wunnibald Kamm. This Mercedes-Benz-based aerodynamic prototype from 1940 boasted a cW of just 0.23. Another one-off, called the Delta-6, a plastic buggy-cum-jeep has been tucked away into a corner. Main attractions are three racing prototypes though, the rocket-powered Opel RAK2, a Veritas RS2000 from 1947 and a supercharged NSU racer from 1924.

Elsewhere there's a nice selection of Mercedes-Benz cars a display of BMW small cars, some DKWs, while the French auto industry is represented by a coachbuilt Delahaye, a 1910s Sizaire-Naudin and a 1928 Rally. There are Germany motorcycles and old radios are being shown as well.

At the entrance there was a mini-exhibition on the life and work of Ferdinand Porsche, accompanied by a British three-wheeler milk delivery van...

Museum entry in our database is available <A HREF="http://www.automuseums.info/germany/german-automobile-museum-langenburg…; 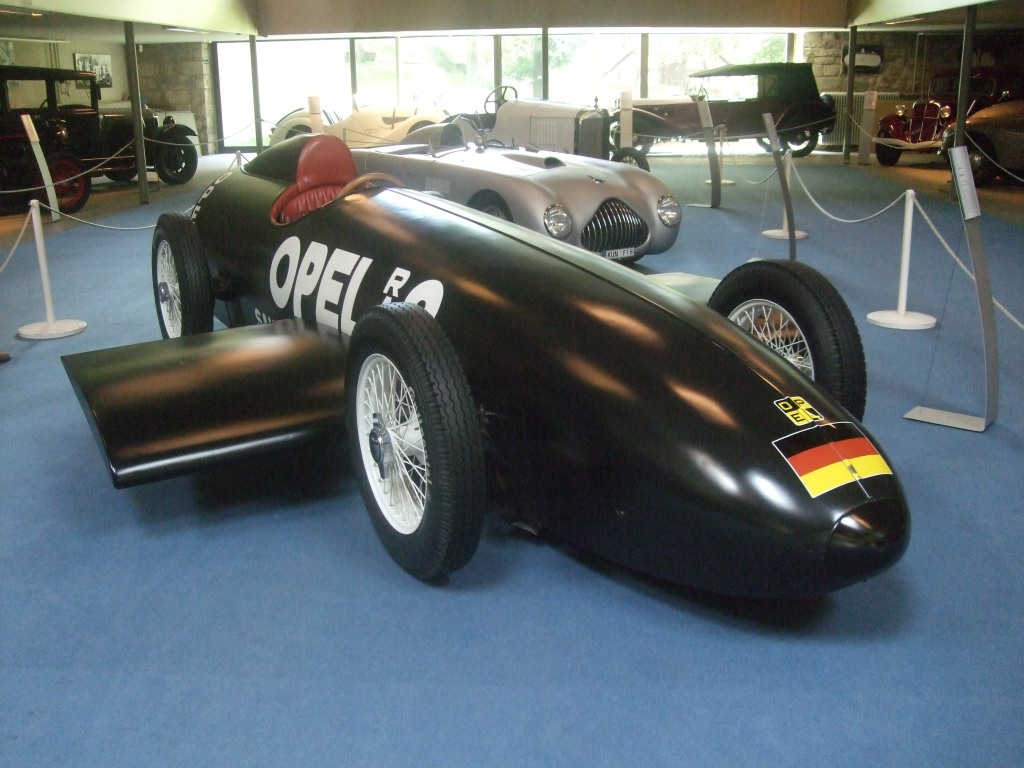