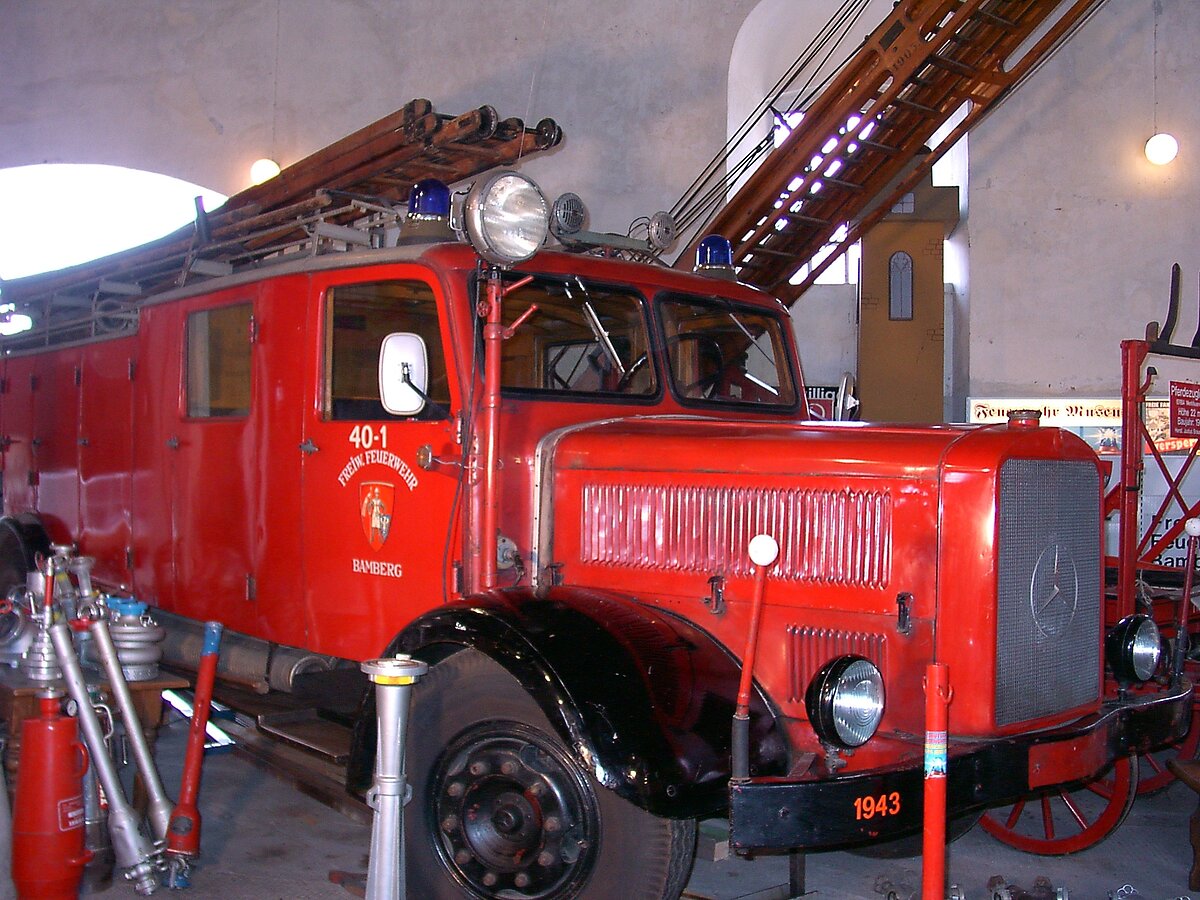 This local fire museum provides interesting information about the history of fire fighting and especially about the technical development of fire extinguishing equipment since the middle of the 18th century. From this time, more precisely from the years around 1740, the oldest exhibit comes from: a butten or box syringe, which was stationed in the "New Residence". This had to be filled with water in buckets, and it took the muscular strength of at least four men to spit the water out into the flames. In addition to the old syringes and ladders that were moved by hand or by horse, four bright red fire service vehicles from the 1940s are also being shown.
Display
Truck
Fire Engines
Automobilia
Links
Official Site
Info
Open by appointment.
Address