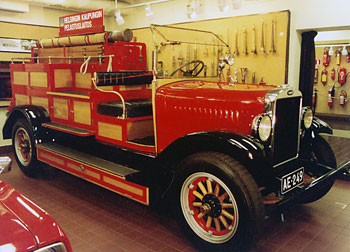 The Helsinki City Rescue Department's Fire Museum was opened on 12 February 1986. The museum, which displays several hundreds of intriguing items, has a floor area of 400 sq.m. The oldest item in the museum is a water reservoir from the 18th century, which was used as an auxiliary water tank as recently as the Second World War. Roughly 98% of the items on display have been used by Helsinki's actual fire brigade or contract fire brigades.