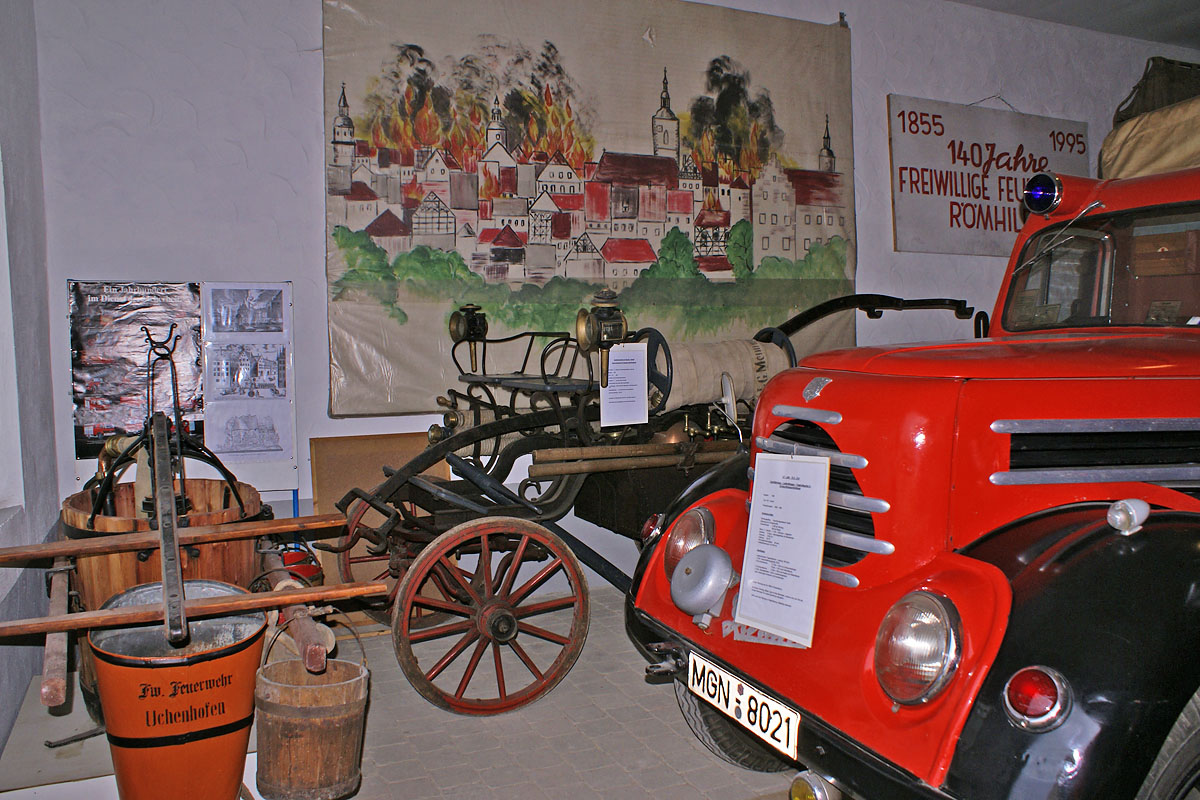 The volunteer fire brigade was founded in Römhild as early as 1855. The first historical exhibition was organized in 1955 for the 100th anniversary. For various reasons, however, this collection fell apart again. After an exhibition to mark the 125th anniversary in 1980, the idea came up to preserve what had been collected in order to have a basis for future exhibitions. You can find all kinds of fire brigade exhibits in the museum.
Display
Truck
Fire Engines
Automobilia
Links
Official Site
Info
Open by appointment.
Address